Use Your Voice: Tell your Representatives in Congress that “Right-to-Work” is Wrong!

In February, anti-worker legislators in the House of Representatives introduced a bill that would impose “right-to-work” all across the nation. The bill is gaining co-sponsers by the week. Why does this matter to you? One would assume that something called “right-to-work” is a good thing.

In reality, “right-to-work” is simply wrong, and the truth is in the numbers.

In the twenty-seven states that are “right-to-work”, when compared to states like California which do not have “right-to-work” on the books: wages are lower, health benefits rarer, the poverty rate is higher, and there are more workplace fatalities.

In “right-to-work” states, this phenomenon has created a financial crisis within unions and has weakened their ability to collectively bargain — leading to the horrifying statistics we mentioned earlier. In truth, “right-work” is a scheme cooked up by corporate interests so that unions will not be strong enough to fight for working people, whether they are union or non-union. Without strong unions in our communities, make no mistake, non-union workers suffer too. Wage floors drop and so does the purchasing power of the community. A local economy without stimulus means no base to create private and public jobs. It’s all related and we’re all in it together when it comes to “right-to-work”.

So, how do we fight back?

This bill, H.R. 785, will be making it’s way through Congress. We urge you to call your elected representative in the House of Representatives and tell them that “Right-to-Work” is WRONG. Go to www.teamsters1932.org/UseYourVoice or look below this message to find your representative’s phone number. A call takes less than 5 minutes! If you need more information on “right-to-work”, do not miss Secretary-Treasurer Randy Korgan’s explainer here.

And don’t forget to stay involved! Come to our next general membership meeting on March 29th, 5:30 PM, at Union Hall, to learn how you can help build the strength of your union and the strength of working families all throughout the region. Together, we’ll have the power to win better wages, benefits, and working conditions. 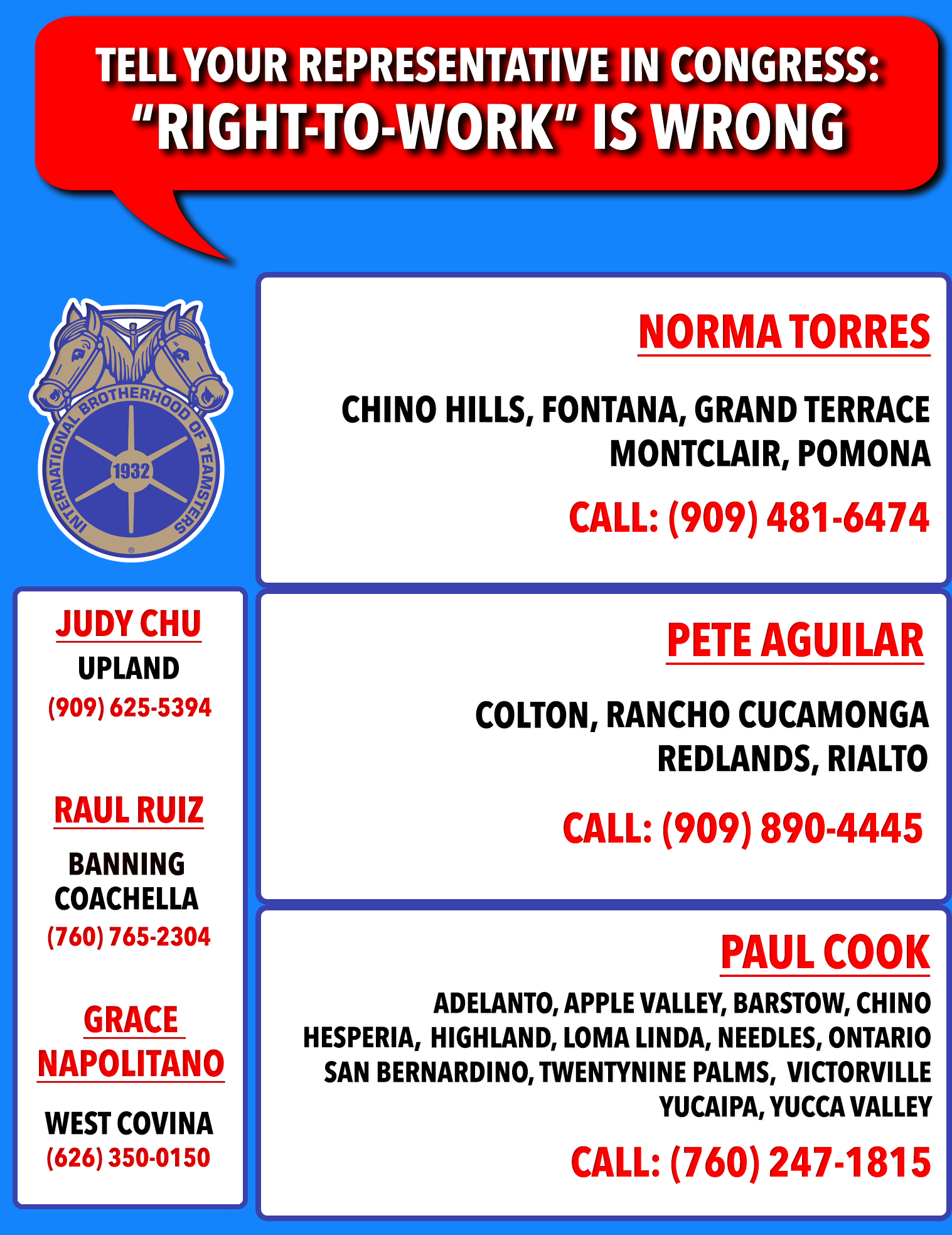