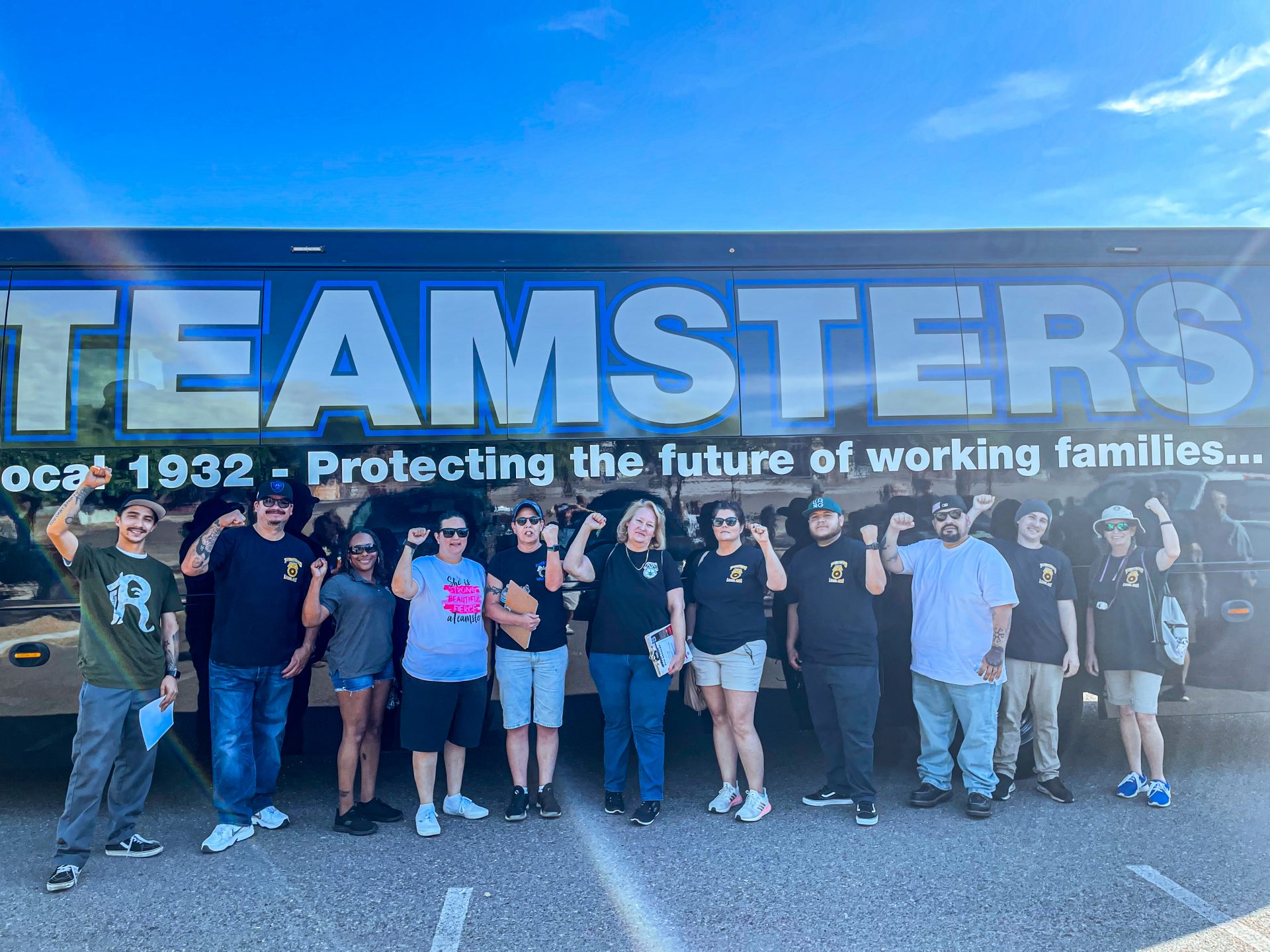 Members of Teamsters Local 1932 knocked on over 1,500 doors in Needles, CA between May 5th and 6th, to listen to community concerns amid the city’s explosive growth in cannabis cultivation.

According to city officials in Needles, a small city of approximately 5,000 situated along the California border of the Colorado River, currently has an estimated 500 cannabis industry workers and is anticipating adding another 1,500 workers through new development in the coming year. Hundreds of Needles residents reported not seeing improvements in affordable healthcare, housing, or wage growth since the cannabis industry’s prominence. They pledged support for a fairer deal for workers, residents, and the cannabis industry that would address these issues. A town hall is being considered in the coming months.

–“It is wonderful that the cannabis industry has employed so many people in Needles, a traditional union town with roots in the railroad industry,” says Randy Korgan, Secretary-Treasurer of Teamsters Local 1932. “The working people here know what it’s like for a single industry to take over the town. But, as they did once before when the railroad hub was at its peak, Needles workers and residents can bargain with industry to help take care of urgent needs in the community.”

–Teamsters Local 1932 currently represents workers at the City of Needles and throughout the County of San Bernardino offices in the vicinity. The door-knocking effort was a union-wide activity, however. Members like Michelle Etheridge, a Solid Waste worker in the City of Pomona, took part in door-knocking because she was driven to “change people’s lives.”

–“My union inspires me to help bring people up and use our power in numbers to help transform our cities for the better,” says Etheridge. “In Needles, residents can do the same to raise wages and bring industry funding to fix the city’s needs, but it only starts when we begin to talk to one another like we did with so many around town.”

–Teamster activity in the region is a part of a broader campaign to raise industry standards across the Inland Empire. In June 2021, workers at a Tikun cannabis cultivation facility voted overwhelmingly to join Teamsters Local 1932. The results marked the first Agricultural Labor Relations Board election victory for cannabis workers in Southern California. The group’s first union contract enshrines first-time job security, grievance procedures, and higher wages, with unprecedented clarity on advancement and growth at the company. Additionally, Tikun agreed to partner with Teamsters Local 1932 to establish training opportunities for workers seeking apprenticeships with the company and within the industry.