The Fall 2017 edition of our Union newsletter, “The Voice,” should have reached mailboxes by now, Teamsters!

Our Fall 2017 edition features articles on the City of Ontario and City of Redlands Teamsters using Member Power to win strong contracts, our Union’s October 25th gathering of over 50 local elected officials to build a consensus on what is needed for a strong Inland Empire economy, and more! 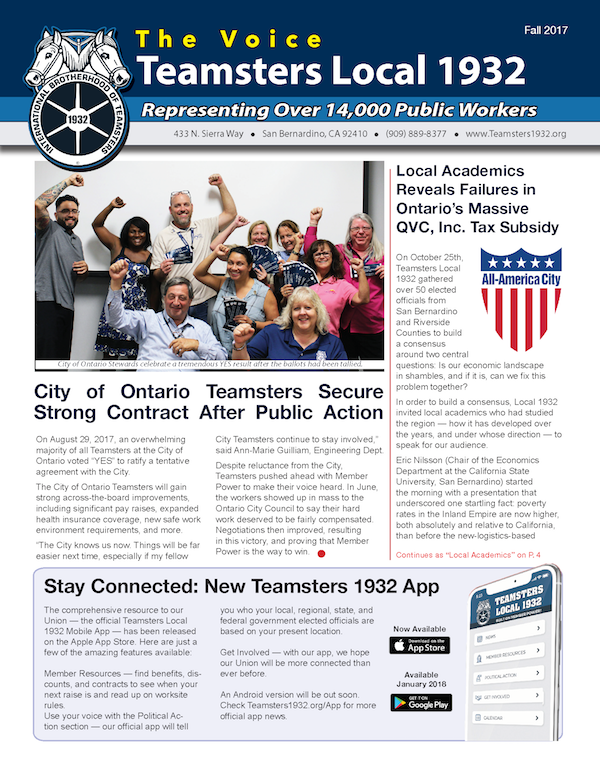