On August 9, 2017, Arrowhead Medical Regional Center Contract Medical Imaging ratified a first memorandum of understanding between San Bernardino County and Teamsters Local 1932 by a majority vote. They are the second medical contract group in San Bernardino County history to secure a collective bargaining agreement after ARMC Respiratory Therapists became the first to do so in May.

Kristi Archer, a Contract Radiological Technologists with 8 years of experience at the facility, says that she voted yes because of “significant” pay raises included in the now ratified agreement.

Archer, a member of the negotiation team, says that although the process was long and tiring at times, she is “happy for now” but is ready to get back to the table “for what we need and want” come MOU expiration in 2019.

In addition to the aforementioned pay raises, members will also see the implementation of a grievance process. 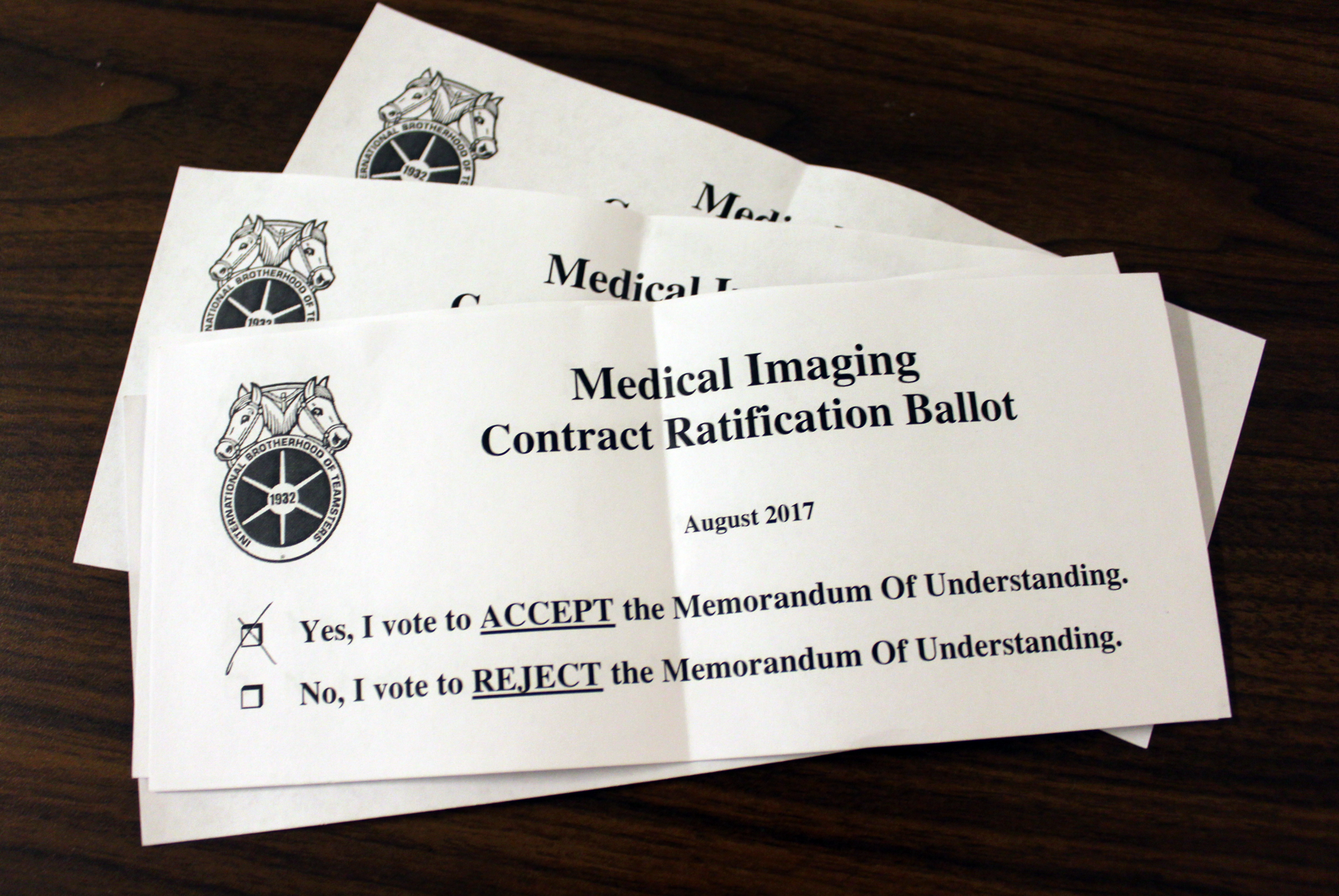