On August 29th, an overwhelming majority of all Teamsters at the City of Ontario voted YES to ratify their tentative agreement with the City.

In June, the workers showed up in mass to the Ontario City Council meeting to make their voice heard, saying, “We do the work that makes Ontario work! Negotiate with us now!”

The strong contract they secured, in the end, is proof that when Teamsters stand together, they win together, too. 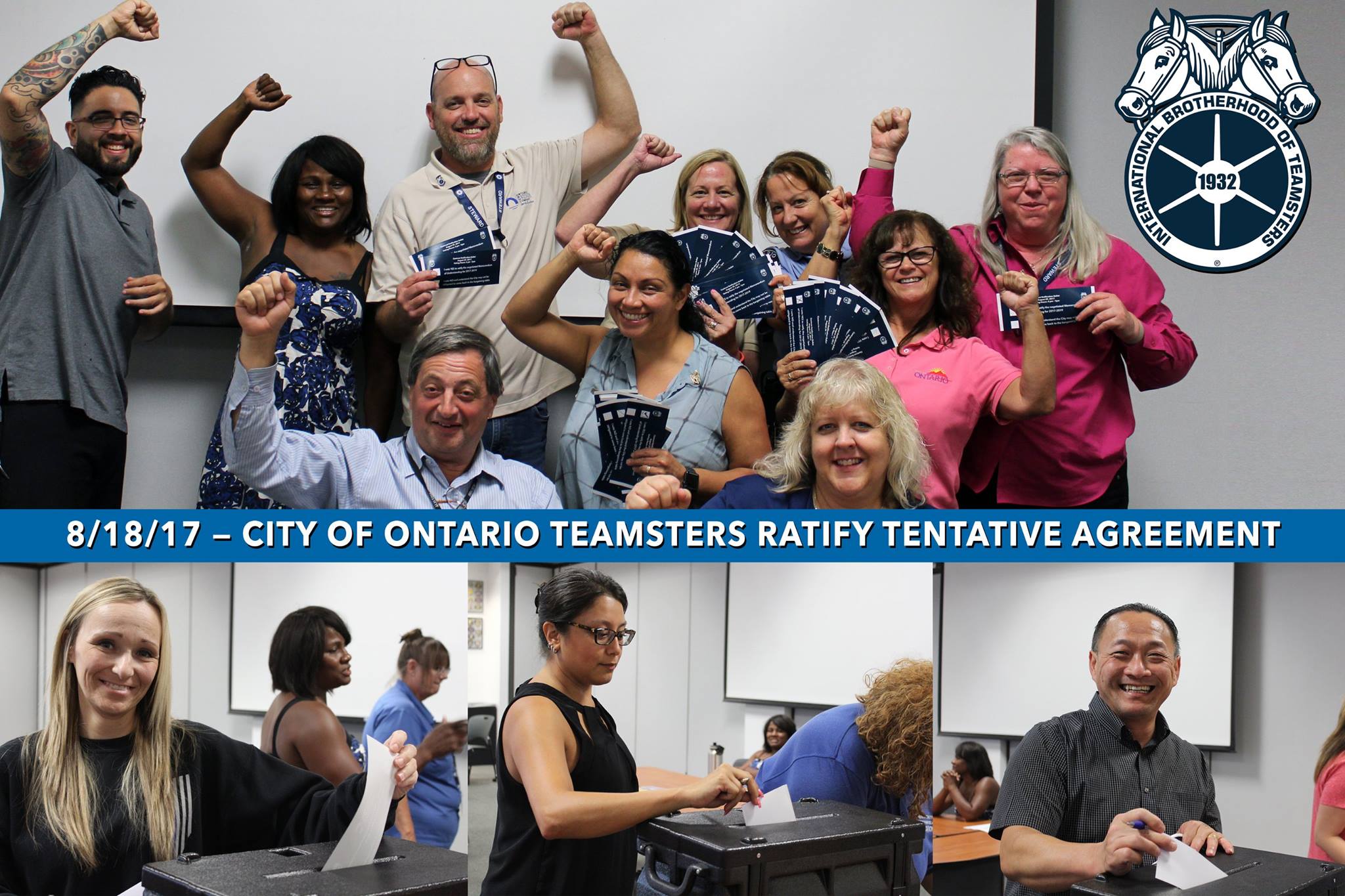