Today is the 6th anniversary of the establishment of Teamsters Local 1932.

Six years ago, thousands of County and City employees throughout the region voted to form Teamsters Local 1932. Working people like you knew the potential of our collective power and demanded an organization that fulfills that potential. This is what created your Local in 2015. For those of you that were present during the affiliation campaign, you must look back and be amazed at how much better off we are now than we were back then. For those of you that were not present, please take a moment to appreciate what others did for you. Their first very tough victory is what keeps us inspired.

Since then, together we’ve built a strong record of victories and look forward to continuing to transform the Inland Empire for the better. This past year has crystalized this truth even further.

Together, we used member power to ensure that the impacts of COVID-19 were minimal and that members could count on safe working environments and telecommuting where possible. Throughout the pandemic, we’ve provided free COVID-19 testing for thousands of members and family. With the federal government and the state mandating that all individuals of appropriate age are now eligible for a vaccine, we know that member power will continue to keep us strong as we near the end of the pandemic and anticipate a return to “normal.”

Together, we’ve made a priority of affordable healthcare for retirees. Coming off the strong contract ratified by the County of San Bernardino members in 2019, the Teamsters Local 1932 Health and Welfare Trust is now established. In addition to providing a base for further savings to members over the years, the Trust will one day allow our retired members the opportunity to utilize a retiree medical plan. We will only get there by standing together and focusing on what some thought was unachievable six years ago today.

This union is growing, too. Six years ago, you could not count on a financially stable organization. The establishment of Teamsters Local 1932 changed that. Now, we’re in a position where soon we will be able to operate a job training and hiring hall in a new building (site of the former Arrowhead Credit Union) next door to our headquarters in downtown San Bernardino. Already this training center has garnered millions of dollars in state funding because of its potiential. Local 1932 is investing in a brighter future, where both members and future members can get the training they need across industries to thrive at work. When combined with our organizing efforts at non-union worksites across the area, it is clear that this union has the resources to raise standards like never before. It’s about time.

The members involved in the affiliation campaign in 2015 were inspired to make a difference based on a vision that was presented to them. We are proud to stand on their shoulders and further this legacy. Congratulations on these six years of victories, Teamsters. This is only the beginning because together, we are UNION STRONG. 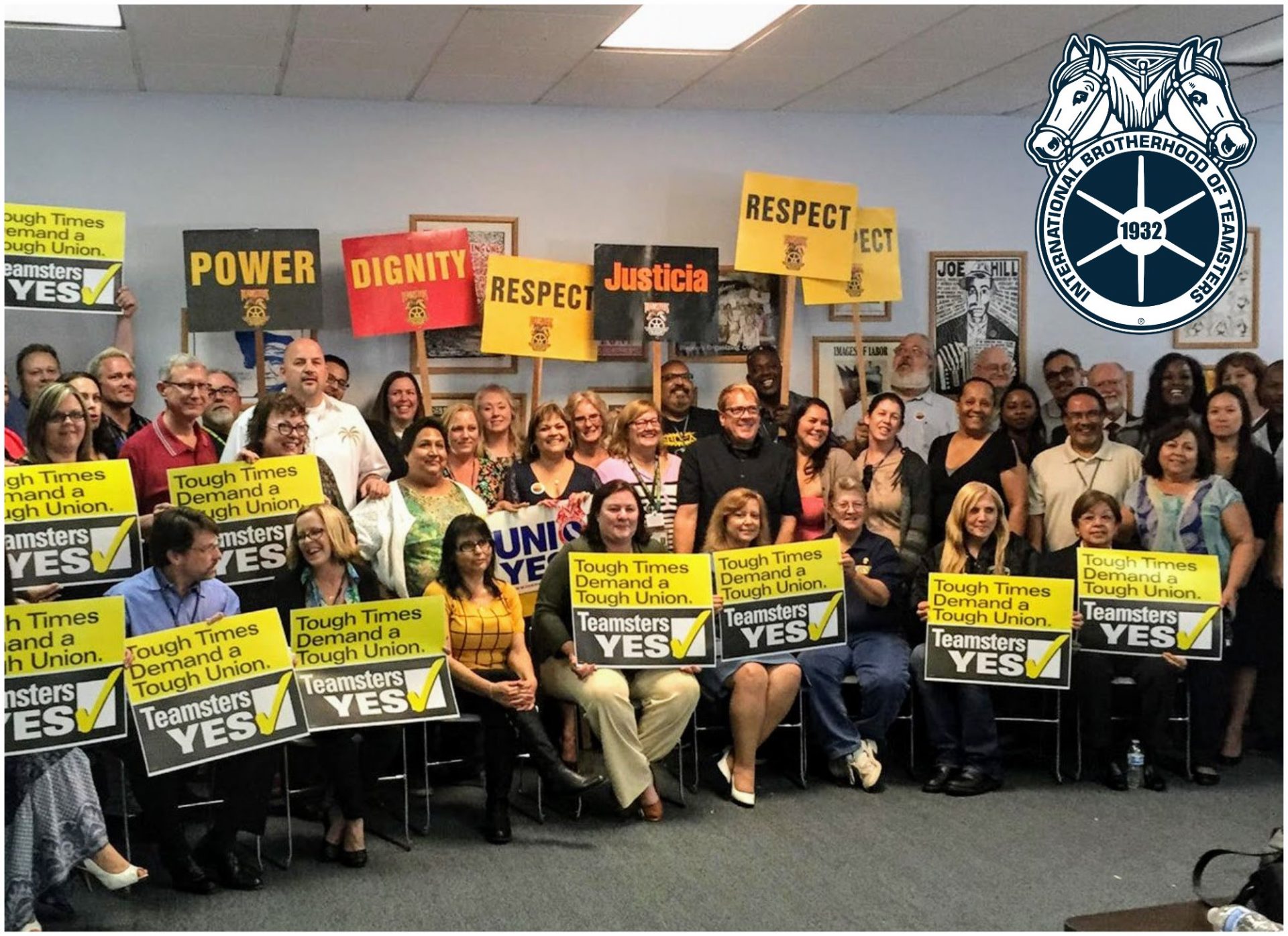 Teamsters celebrating the announcement of the successful affiliation vote count on April 14, 2015 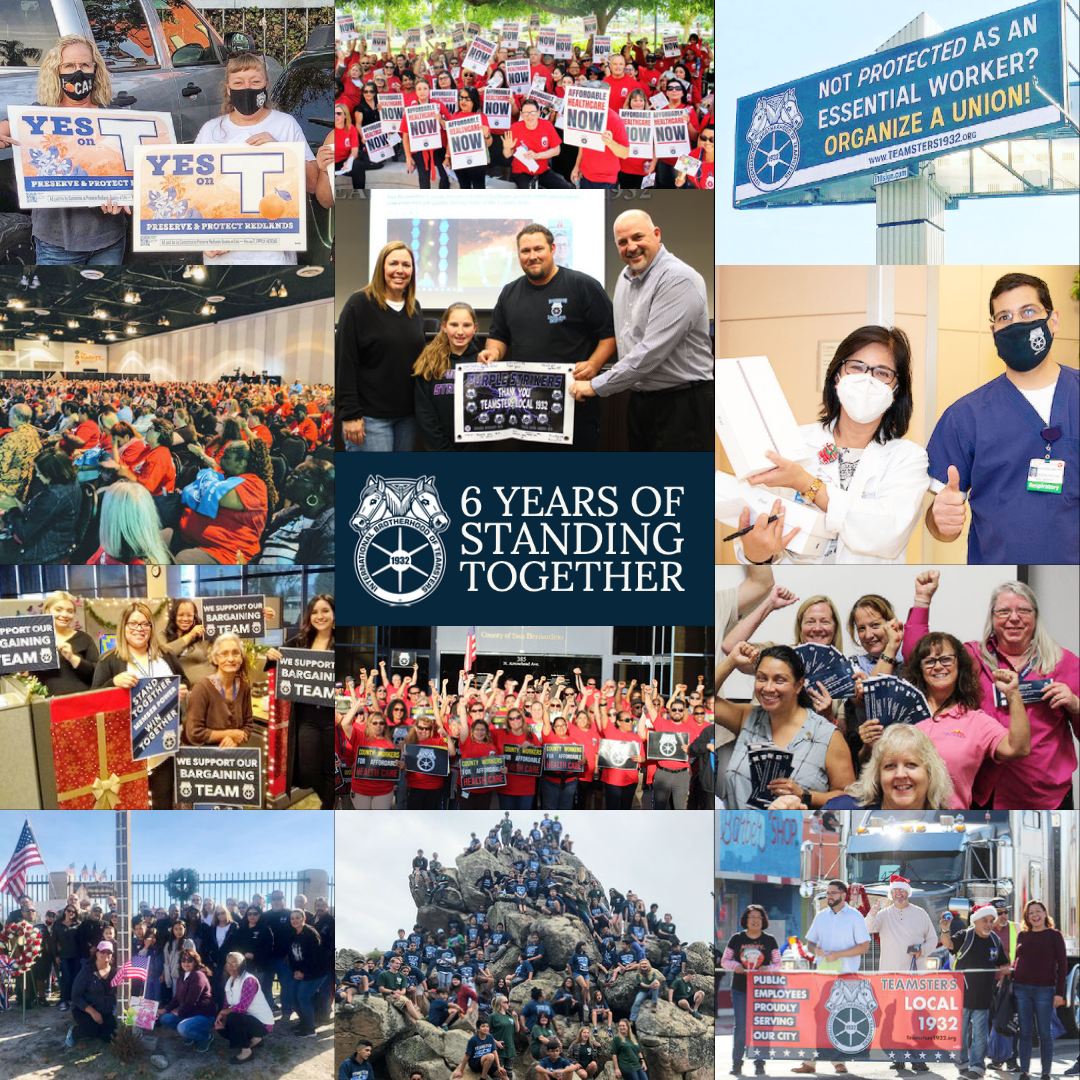