Local 1932 is fueled by member power. When we stand together as members, we build power and win together. To recognize leaders in the worksite, every month our Union celebrates a Member Power Award winner.

While choosing one of many outstanding members was difficult, our second Member Power Award winner is Marcie Larkin of the West Valley Detention Center. Marcie was nominated by several Teamsters. One commented, “Marcie dedicates a lot of her own time for the union cause.” This was undoubtedly true — Marcie has near-perfect attendance at Teamster special events, training sessions, and meetings. Another who nominated Marcie said, “She’s a team player and a gem. The hardest working Steward I’ve ever seen. She works because she cares for us.”

Marcie was honored at July 5th’s County Steward meeting at Union Hall. She encouraged the room of County Stewards to continue learning at such meetings, saying that she uses the lessons to help her own fellow Teamsters at West Valley Detention Center.

Thank you for all you do, Marcie! 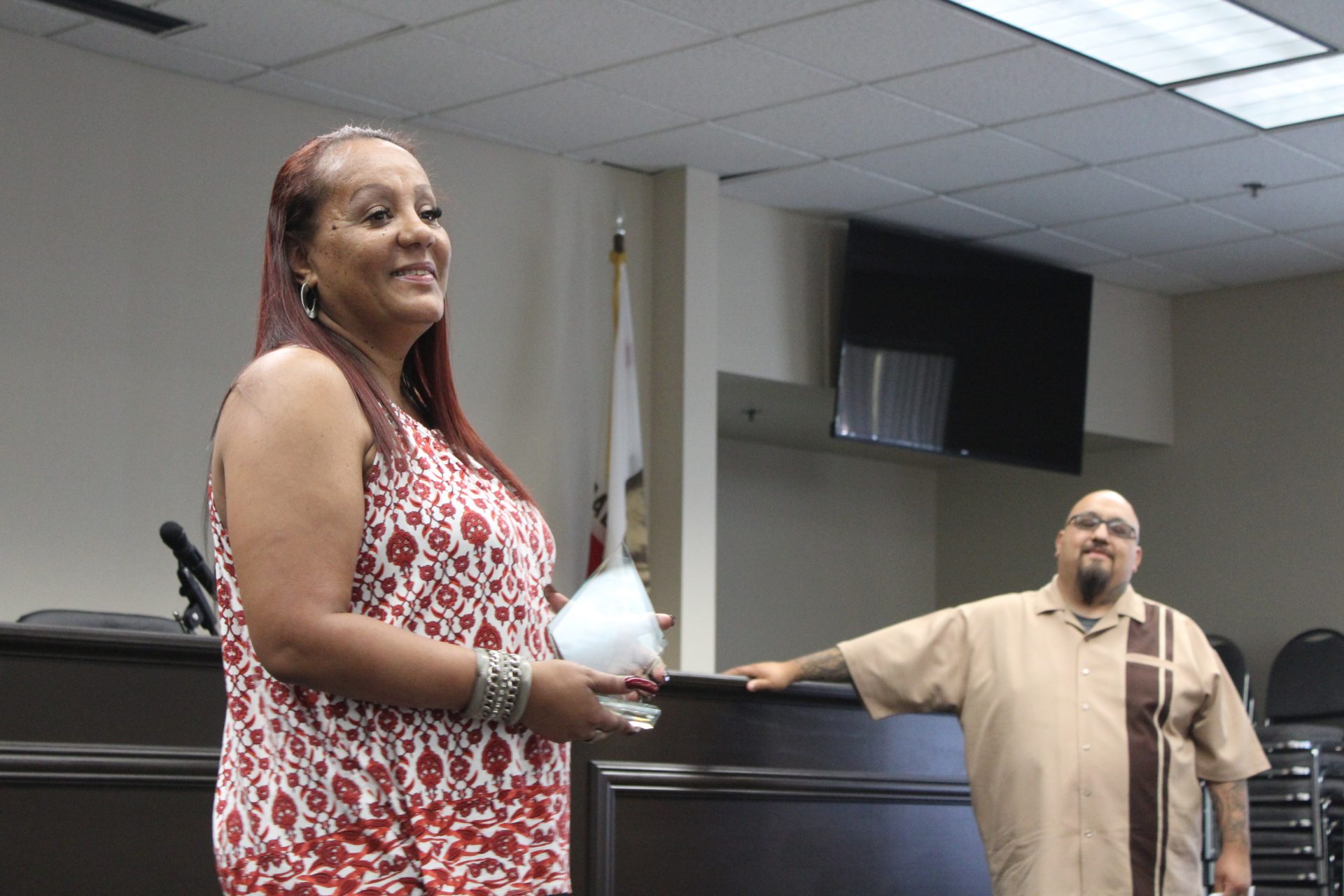