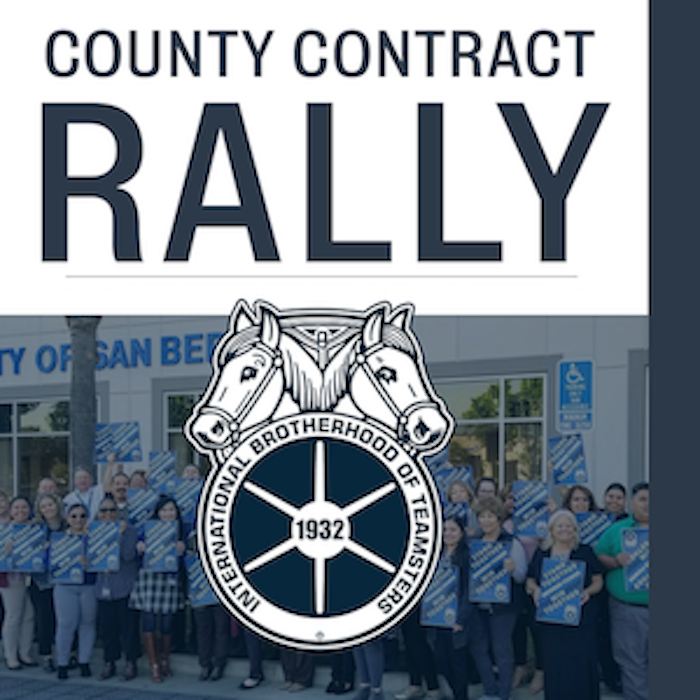 This next contract would the first full agreement negotiated since 11,000 County of San Bernardino workers affiliated with the International Brotherhood of Teamsters in April 2015, creating Teamsters Local 1932. The current contract expires in August, but the groundwork to win on strong terms in a new agreement was first laid in early 2018. Thousands of members returned bargaining surveys that made clear what the union’s top negotiating priorities should be. Later that summer, hundreds attended bargaining team training sessions to build skills in negotiating. After these training sessions, outstanding members were placed on the Teamster bargaining team.

The first contract bargaining session between the union and the County of San Bernardino occurred in October 2018. Local 1932 has since held days of bargaining team solidarity and stood together at the 2019 State of the County event to spread the word that working people shouldn’t struggle to make ends to meet. Teamsters are united to raise standards for workers and residents across the County. As negotiations move past the early stages, Local 1932 has scheduled a June 22nd rally for a strong contract. By coming together as working people, we can win together.

Members should reach out to their Business Agent for additional information in the lead-up to the rally. See you there Teamsters!

PLEASE FILL OUT THE RSVP FORM BELOW TO RECEIVE A FREE PARKING VOUCHER FOR USE AT THE ONTARIO CONVENTION CENTER: