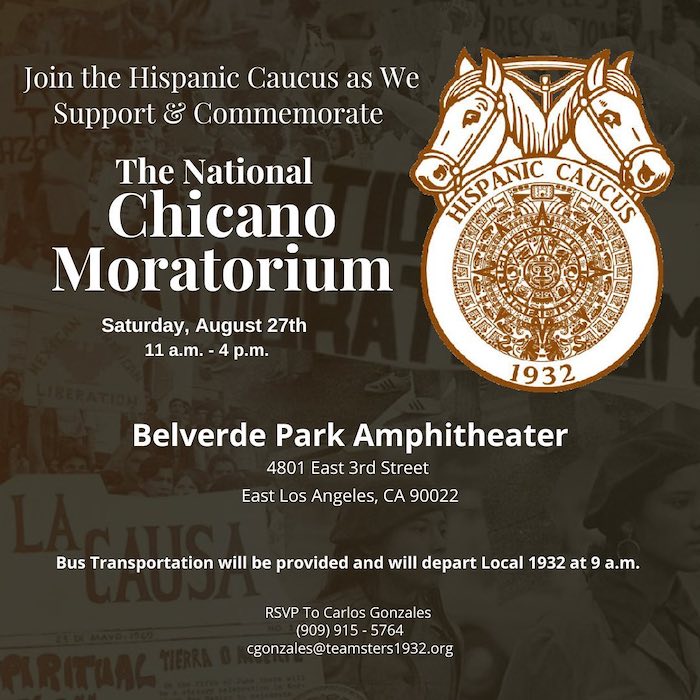 Join the Teamsters Local 1932’s Hispanic Caucus as we support and commemorate the 1970 National Chicano Moratorium on Saturday, August 27.

On August 29, 1970,  over 20,000 Mexican – Americans peacefully marched through the streets of East LA to protest the disproportionate number of Mexican American service members dying in the Vietnam War. Unfortunately, the peaceful protest soon turned violent and deadly, leading to the death of Ruben Salazar, an activist and LA Times reporter who was the first Mexican-American journalist to cover the Chicano Community.

Join the Hispanic Caucus for the commemorative event on 8/27/22 at Belverde Park Amphitheater in East LA. Bus transportation will be provided and will depart Local 1932 at 9 AM.